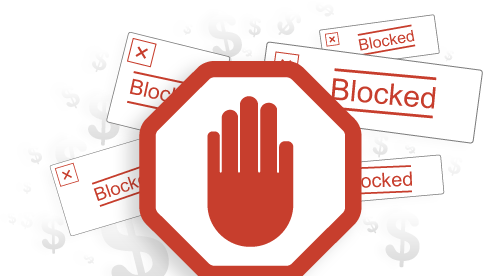 Adblock, Ublock, Ghostery, Refine, Purify…these are just some of the Adblock’ing apps that are deployed worldwide.  Even more astonishing is the market acceptance of these apps.  Adblock and Adblock Plus account for over 90 million active users; again…active users.  In total, there are over 198 million active internet users who make use of adblock’ing daily.  These little apps have changed Internet marketing in less than 2 years.  But are they good, or bad?

Jeff Brewer and Google basically invented the Pay-Per-Click (PPC) advertising model.  This revolutionary idea changed marketing as the world became enthralled with being online.  As the general population shifted away from traditional means of media consumption, Internet advertising became the defacto for many.   Like a Phoenix from the ashes, banner ad’s, L-Bars, promoted search results, overlays and the dreaded popup flew high and proud.  This rush of advertising dollars gave birth to services, entertainment and information that presented itself as free.  What people once paid for was now immediately available for nothing.  Advertising could be seen as the primordial ooze that every living and breathing webpage has birthed from.

So what happens when people block these ad’s?

Adblock’ing solves a problem…no more annoying advertisements.  The issue is, how do these entertainers, service providers and information aggregates get paid?  Without advertising, entire markets flounder.  Even the very designers that create these adblock’ing apps need funding.  Interestingly enough, they’ve started innovating to solve the very problem they created.

Adblock, the most popular of all adblock’ing services, runs a “whitelist” program allows certain advertisements from publishers that pay a fee.  Some see this as a man-in-the-middle attack, but other see it as the “walled garden” approach Apple and Google created in app stores.  One of the benefits of a centralized whitelist is an approval process around how egregious an ad can be prior to be being displayed.

Ghostery, another popular service, blocks all ad’s and trackers and repackages anonymous analytics explaining how ad’s were picked up and blocked.  These stats can be purchased, improving an advertisers chances of skirting the block and increasing performance so that people don’t care about seeing the ad.

Others run as a “freemium” service that generate cash directly from users. If they continue to work well, they continue to generate reoccurring revenue.  These services are the hardest to innovate against as they’re business is to end advertising altogether.  This is something that would kill the very vertical they live in.  Odd.

It ain’t what you don’t know that gets you into trouble.
It’s what you know for sure that just ain’t so.

The market is clear on certain points.  People will no longer tolerate popups, deceptive advertising, annoying audio or vast amounts of screen real-estate.  The public is now armed with tools to scrub their screens and remove ALL advertising as they wish.  It’s not all doom and gloom for Internet advertising though.  The boom of adblock’ing has brought about a new regime of digital innovators.

Sponsorship, intelligence, updated infrastructure and true responsive design is percolating.  While tricks, size and shear force are being trumped, simple and elegant ads are making their way onto your screens.  People are tolerating quicker and less obtrusive advertising.  They also appreciate ads that are meaningful.  Even a throwback to broadcast models are making a comeback, showing 15 second spots prior to seeing the intended program.

In years to come, we may find that more resources on the web are subscribed and paid for to eliminate the need for such huge advertising revenue.  We also might find that there are other means of seeing paid messaging.  PPC models could end up hurt, but market acceptance and better policing would help.  Adblock’ing wouldn’t be necessary if advertisers focused on integration vs. exclusivity.  Not every message is intended to be heard above the rest.  Sometimes its the face in the crowd that sells the artist on stage.