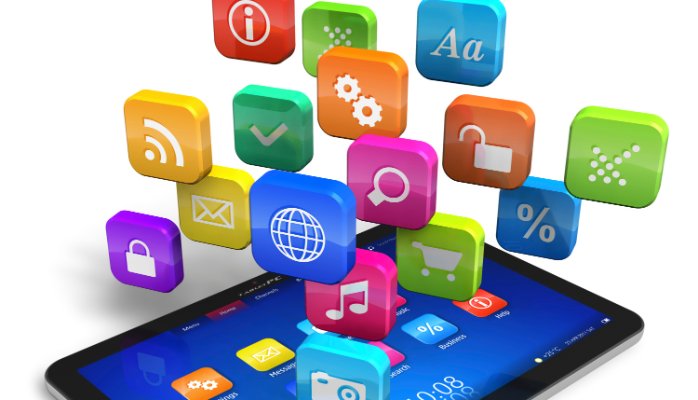 There is a cold hard truth that marketers and youth play a never-ending game of cat and mouse. Advertisers and teens go together like oil and water! Technology has only made the situation worse. With the adoption of mobile technologies, wearables and internet presence…the youth in America have more options than ever to evade even the the most astute executives. Broadcast is dying. Print is dead. Where are they hiding?!

Luckily, there is some good news. It seems as though big money and the general public have agreed to an unwritten rule; If you meet me on my turf, I’ll listen to what you have to say. Retailers are becoming better at retrieving feedback within their spaces, and the public has agreed to comply with advertising models if it keeps their favorite platforms free. So which platforms are these? Facebook… Twitter?? No.

When looking at mobile technology through the eyes of a millennial or tween, you have to remember one simple thing; where’s mom. If mom is lurking in the digital shadows, it’s a pretty safe bet Brian and Daria are nowhere to be found. For this reason, I’m suggesting Facebook and Twitter are dead in brick and mortar. In-Store shopping experiences for years have tried to tie into the API’s and advertising platforms both Facebook and Twitter have spent an eternity developing. Unfortunately it always falls flat. The experience sucks. The end-result is disappointing. While both Facebook and Twitter are making trends online, and maybe even growing as shopping platforms in their own right…this is unfortunately geared towards older folks who are shopping from home. Worse yet, they deviate even further from helping retailers create a better in-store shopping experience. I believe the following are what we should be focused on “playing” with in 2015:

Tumblr is a microblogging platform and social networking website owned by Yahoo! Inc. The service allows users to post multimedia and other content to a short-form blog. Users can follow other users’ blogs, as well as make their blogs private. Much of the website’s features are accessed from the “dashboard” interface, where the option to post content, share posts or favorite entries occurs. As of January 1, 2015, Tumblr hosts over 216.9 million blogs. The company’s headquarters is in good ol’ New York City. The service is popular amongst many different demographics, including a huge population of tween, Millennials and young adults.

Snapchat is a photo messaging application. Using the application, users can take photos, record videos, add text and drawings, and send them to a controlled list of recipients. These sent photographs and videos are known as “Snaps”. Users set a time limit for how long recipients can view their Snaps, after which they will be hidden from the recipient’s device and deleted from Snapchat’s servers. According to Snapchat in May 2014, the app’s users were sending 700 million photos and videos per day! This service is extremely popular for sharing daily activities or “cool” things seen in everyday life. Teens love the service as it is private, secure and completely untainted by parents.

Instagram is an online mobile photo-sharing, video-sharing and social networking service that enables its users to take pictures and videos, and share them. A distinctive feature is that it confines photos to a square shape that users can also apply digital filters to. Instagram was acquired by Facebook in April 2012 for approximately $1billion in cash and stock. In 2013, Instagram grew by 23%, while Facebook, as the parent company, only grew by 3%. Again the user-base is largely young adults as the service is not directly attached to friends on other social networks and can be kept isolated. Instagram is the most popular daily image sharing service amongst all digital photography apps on iOS and Android.

Vine is a short-form video sharing service. It was acquired by microblogging website Twitter in October 2012, just before its official launch. The service allows users to record and edit five- to six-second-long looping video clips, and to “revine”, or share others’ posts with followers. Some Vines are revined automatically based on what is popular. Vine’s app can also be used to browse through videos posted by other users, along with groups of videos by theme, and trending, or popular, videos. Most Vines are associated with interesting, humorous or inspiring situations encountered in life. Connections made on Vine are driven by content and commentary.

Imgur (pronounced image-er and stylized as imgur) is an online image hosting service. Imgur describes itself as “the home to the web’s most popular image content, curated in real time by a dedicated community through commenting, voting and sharing. On October 22, 2012, Imgur released a user-submitted gallery, which allows users to submit directly to the Imgur gallery for public view, comments and votes. On June 26, 2013, Imgur released its first content creation tool, the Imgur Meme Generator, which offers simpleimage macro creation as well as a public gallery of popular meme templates. Today the term “meme” (pronounced meem) is ubiquitous on the Internet and used widely for expressing emotions, secrets and commentary. Imgur is the official image sharing service associated with Reddit.

Whisper is a proprietary iOS and Android mobile app available for free, which allows users to send messages anonymously to the service, and receive replies or commentary. Users post messages which are displayed as a meme, similar to greeting cards. The app was launched in March 2012 under the original name WhisperText. This is one of the first apps designed to have all the characteristics of a social network without linking users based off friendship, handles or activity. It is designed to be an anonymous method of sending a message to the user-base, and gaining information back without exchanging identities. This idea is becoming more and more popular, shifting focus from the individual users to the content in which they are interacting about.

Yik Yak is an anonymous social media app, specifically linked to physical location. It is available for iOS and Android and it allows people to anonymously create and view “Yaks” within a 10 mile radius. It differs from other anonymous sharing apps such as PostSecret and Whisper in that it is intended for sharing primarily with those in close proximity to the user, potentially making it more intimate and relevant for people reading the posts. All users have the ability to contribute to the stream by writing, responding, and liking or disliking yaks. It is one of the first services allowing users to dislike a post in hopes of crowdsourcing censorship. This app has received critical reviews as it has been associated with online bullying. It has been seen as an experiment in human engagement as it doesn’t scrub negativity from the platform. This service is EXTREMELY popular amongst college students who create communities of anonymous users around campus. You can also look at the most popular posts around other areas that automatically filter based on activity and commentary. If chosen, you can share a post to other networks as a meme.

While not every service above has a means of generating revenue or advertising, most of the platforms are widely used by the same consumer you are trying to engage with! You have to bring your product and message to their mobile devices. But not every experience needs to be deep. Simply referencing these platforms and having users generate content with your brand or product is a huge win. The trend has begun to continue engagements offline whilst started online. Being hyper-personal means showing up on Instagram and Tumblr feeds. It means giving the content generator, AKA your customer, an inspiring moment to share. Hyper-personal isn’t tailored mobile apps that force the user through a pre-determined experience. High cost development won’t be needed in many cases. You cannot force an experience. In 2015, retail experiences are going to be like butterfly wings; beautiful and inspiring, evoking action…but if touched, they will quickly wilt and die.