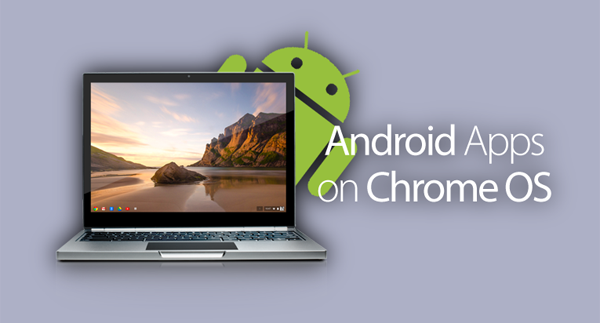 I am an incredible fan of ChromeOS. I’ve written many articles on why it’s awesome! I consistently recommend it and I’ve spent years building services around devices that support it. I can’t say more positive things about ChromeOS and the devices it supports.

I’m also a fan of Android. I do not use it on my primary device, but I find it’s uses far more enjoyable for ancillary devices such as video game platforms, tablets, IoT devices and wearables. Android brings everything that Linux has promised from years passed. It has proven to be versatile, resilient, and enjoyable.

I was extremely excited about the announcement of Android apps being supported on ChromeOS. I kept fantasizing about using my ChromeOS devices with Outlook and other IM clients running as they do on Windows or Mac. It’s been over a year since the announcement, and I’m finally starting to see the integration in the wild. This is my first gripe. When an announcement is made like this, it’s expected there will be a wait. Apple is famous for announcing in June and not delivering until September or October. That said, it shouldn’t take more than 12 months to deliver on a promise. Even now, spotting Android apps on ChromeOS is about as common as seeing a $2 bill. This should not feel like a science project. Having this support, if announced, should feel as solid and enjoyable as Android or ChromeOS independently. I just don’t like the wait and hate the rollout strategy.

That aside, the integration does work, right?! Well, sort of. It’s not that ChromeOS doesn’t support Android apps, it’s that Android apps aren’t developed for a laptop aperture. That’s to say, a mouse and keyboard really can’t control Android and it’s cohorts. I’ve purchased a few devices now, that fully support this integration. I’ve also gone beyond that and purchased straight Android laptops. Lenovo has a very nice offering for this. Android alone is even worse! Simply put, Android is not a desktop operating system. You can find workarounds, loop holes and alternative workflows…but this isn’t really an answer. In fact, it makes the experience downright unusable. Ironically, I found myself using Chrome and online version’s of apps to get more functionality than using the native app! At one point I was using an Android laptop as a Chromebook thinking to myself…JUST USE THE CHROMEBOOK!

The issue really stems from Android and all of it’s apps being designed for a touchscreen device. Furthermore, a smaller device like a phone or tablet. I’ll admit, I’m NOT a fan of the cross-over devices. I hate having a touchscreen on a laptop, and I hate, even more, having a laptop that’s a convertible. For me, it’s like combining steak with a dessert and saying “it does both”. Sometimes combining things doesn’t work. Touchscreens on laptops don’t work. At best you feel uncomfortable and unsure when to use which mode.

Beyond the UX, Android apps are just confused when running on a laptop device. They need to be touched, not clicked. They hide settings in sub-menus that can’t be accessed. They require the use of the 3 soft-keys in Android, which aren’t there in ChromeOS. Sometimes they need a hold and press action, which isn’t emulated by the touchpad. In some cases, they get you to a certain point and then can’t be closed out. In other cases, they just die altogether. It’s not just the niche apps either. I downloaded Outlook, which Microsoft prides itself on its ability to run anywhere. The app was sluggish, not fully functional, and didn’t present compose windows and popups in a proper way. It was so odd to use, I ended up defering to the online version, which I found far more useable.

I know this is a problem with app development, not Android or ChromeOS abilities.

That said, if you’re going to take a bold step, and merge two very different OS’s, you need to accept the responsibility of at least faking it so the experience feels proper. In this case, I feel Google wanted to announce bringing thousands of apps to their Chromebooks without waiting for the market to catch up. They didn’t give incentive to app developers to modify apps. They didn’t give user’s the ability to emulate functionality to overcome. They didn’t modify ChromeOS enough to become a real desktop OS. They merged two very different things and hoped everyone would come along for the ride. Unfortunately there’s not a lot of people who’ll spend money to beta test. I personally think this is why so few devices fully support this to begin with. OEM’s are trickling new models out that support apps on ChromeOS while they watch the market crumble beneath them.

It’s going to hurt more than it helps…

ChromeOS never got the respect it deserves. And while web-apps are coming a long way, they’re not accelerating at a rate that will dent the PC market. Microsoft now has a very compelling reason to make your app compatible with it’s store. Windows 10 S is going to crush web-apps. Meanwhile, OSX is still holding strong, iOS is dominating and Android is flourishing. This all means competition and confusion for ChromeOS. Augmenting it with Android apps might seem great on the surface, but diminishes enjoyment once you’ve used it. I don’t think it’ll get better either. There’s no incentive for an app to be designed to work with a standard trackpad and keyboard when there’s so few users and machines. When compared to phones and tablets, developers will choose to design for the dominating apertures and take the freebie of Chromebooks along with the majority.

Unfortunately it’s disappointing, confusing and unenjoyable. Not only to use, but looking down the road. Google has inadvertently cannibalised the Chromebook market. If Microsoft gains ground with Windows 10 S, it will official kill the Chromebook and everything it stood for. Working out of the browser is certainly not as useless as it once was. The benefits, nowadays, to using ChromeOS certainly outweigh the negatives. I don’t see a way for Google to immediately fix this issue, as they’ve already closed the door on being able to make this successful. The last nail in the coffin is when they release Chrome in the Microsoft Store, giving it the ability to run on Windows 10 S. Then, there will be no reason to use Chromebooks anymore. Time will tell how long that will take.