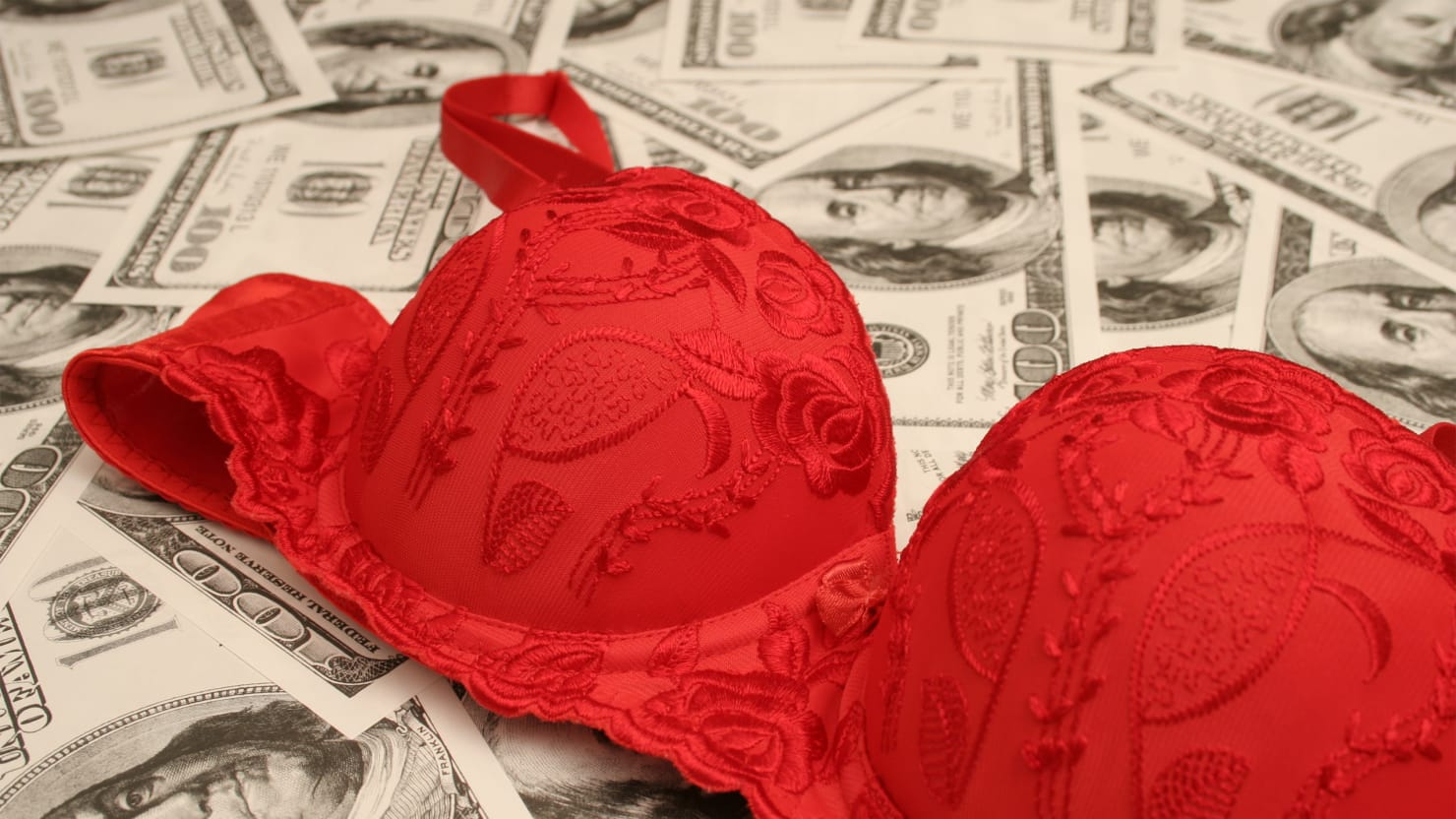 Privacy, security, and neutrality are the tech terms of 2018.  During every other time in recent history, ideas like these were manifested into websites, platforms and apps.  Hobbies at first, this software would mature with the help of professional investors.  But what happens when the investors are sultry sex workers?!

SESTA-FOSTA was ratified recently.  If you aren’t aware of these bills, you should be!  More info here.  This new law takes aim as sex trafficking on US-based websites.  It’s effects were immediately felt on Craigslist, Reddit, Google and others.  They also immediately resulted in the seizing of classifieds site Backpage.  For a technology person, these laws could serious impact the Internet and have reach far beyond prostitution. 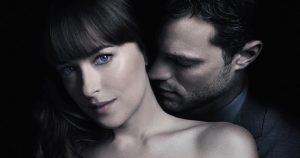 Despite the legality of the service itself, the Internet was a natural place to flock.  Since the beginning, Internet advertisers and website owners were all protected under Section 203 of the Communications Decency Act.  These individuals and businesses were not considered publishers and thus were not held responsible for information posted to their services.  They were just a “facilitator” of sorts.  This allowed them to create “safe zones” for sex workers who were looking to operate more like a business.  These online platforms generated massive profits by charging for advertising, communication and offering pseudo-storefronts pulling sex work from the streets.  They also did so, in a way that also cloaked this from the public’s eye.  You’d need to know what you were looking for to end up in the right spot.  They humanized the workers and gave them refuge from far more barbaric means of finding clientele.

SESTA-FOSTA changes this.  Today, if a post or ad were having to do with prostitution, the owner of the platform would be legally liable for the crime, and could be prosecuted much like a pimp!  (I’m not kidding).  Just by running a website you could be prosecuted for sex trafficking.  The law obviously squeezes the entire sex work industry, illegal or not, and makes it nearly impossible to advertise or facilitate prostitution online.  Quite literally, it gives the government free rein to sensor online services and puts the onus on the website operator.  It’s an extremely slippery slope.   I’m not here to discuss the other ramifications of tearing holes in Internet neutrality.  As it pertains to sex workers, it begs more questions.

What if a sex worker turns to comment sections on news websites?  What if these women turn to Twitter?  What if they turn to Instagram; Google; Microsoft?  How would these companies combat this?  Who would be responsible?  Could it collapse the US Internet markets?  Worse yet, what if they turn to services we don’t yet understand.

The real question becomes, what happens when you revoke an illegal workforce’s storefront and safety tools?  Quite simply, you force them to get creative.  As it pertains to illegal activities, I’d imagine you don’t want people getting creative.  Think of the US illegal drug market.  The more we squeeze a smugglers ability to facilitate sales, the more creative they get; automated submarines, anonymous online currency, 3D printing, pilotless drones. It gets worse…not better.

New projects, people and companies are focused on providing tools that make tampering, wire tapping and tracing nearly impossible.  Decentralized, encrypted, toolsets have been the trend for the last 12 months and they are ready to explode with the help of money.

The issue is, we have no idea how these services will impact business of today.  Will they disrupt commerce in a positive way?  Will they facilitate other illegal activity?  Who’s running these companies and can they be trusted?  If Facebook is any indication as to what rapid growth does to consumer privacy we could be in for something worse, not better.  It’s going to take time, attention and watching the markets for natural correction.  Are sex workers going to induce unnatural growth in this budding vertical? 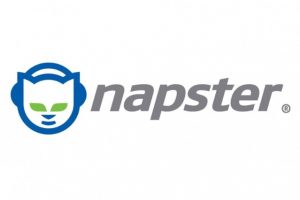 Just like Napster changed the music business overnight, these tools will change online communications as we know it.  Instant Messaging, is just the beginning.  Remember 1999?

SESTA-FOSTA has officially ripped the business model from under prostitution online.  To give you an idea of the amount of money we’re talking about; Backpage revenue went from $5.3 million to $135 million in less than 12 months when the government forced Craigslist (a competitor) to shut down it’s sex work classifieds section.  This is a single online service.  If you estimate the number of forums, websites and services dedicated to seedy massage and sex conversation, there is an estimated $5 billion dollars flowing through US services in the form of advertising, access, licenses and membership fees.  Where is all this money going to go?! 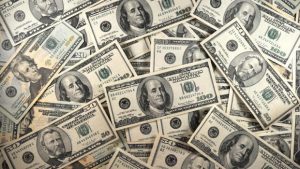 I’m here to tell you, it’s going to go to these new services and platforms.  Encrypted email, decentralized payment, anonymous CDN’s and mesh networking.  Sex workers are going to turn to budding tech that protects them and makes life manageable.  All they need to do is redirect their advertising “budget”.  These services aren’t going to ask who the new users are.  They won’t have the sophisticated abilities to filter content.  They will purposely turn a blind eye while they fly under the radar of big government.  These new tech platforms will benefit from the nearly $5 billion in cash available to them through providing services that might help facilitate prostitution in addition to a bunch of other things.

The problem is, these new platforms won’t be easy to shut down.  Anonymous, decentralized, encrypted and self-managing; this new tech will spawn a whole new set of problems for lawmakers.  There will be no owner.  There will be no way to censor.  SESTA-FOSTA will be useless and the smoking gun.  While this will help fortify sex workers in their move to newer tech, it begs the question, what else will these platforms facilitate?!  On the surface, better privacy and decentralized tech sounds AMAZING!  It empowers the people…I’m a fan.  I’m not worried about the tech.  This will just accelerate a good thing.

The issue with forcing billions of dollars into untested businesses is the ripple effect this will have on business ethics.  When a platform is funded by a banker, you have things like business plans, executives, lawyers and paper trails.  When the money comes organically and quick, the service can sustain much greater growth without the checks and balances of “big business”.  Imagine Facebook or Twitter being captained by college freshman and no one else.  Kim Dot Com is a prime example of what happens when large amounts of money find their way to untamed talent.  It becomes the pandora’s box creative thinking. 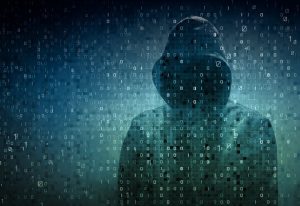 Major news outlets agree, adult film stars and pornographers lead the way when it comes to tech due to insane popularity and virtually limitless access to money.  Porn has absolutely nothing on real-life sex.  Professional escorts, in mass, have access to vast amounts of cash and are being forced to clamor for better tech with less strings.  SESTA-FOSTA can be argued from many different angles.  I’m not here to sway your view one way or another on the legality of prostitution.  I am here to tell you that the tech of 2018 and 2019 will continue to be driven by money coming from professional sex workers.  Thanks to SESTA-FOSTA we now need to stay vigilant.  We need to  investigate what services reap the benefits of this new found money.

A decentralized, encrypted, private Internet sounds great.  I trust legitimate businesses will empower the public to make change.  I’m not concerned about what the tech will be.  What does concern me is corrupt businesses will now be funded because we forced sex workers from the comforts of established tech to the bleeding edge of what’s to come.  Together they might create the next Twitter…or the next Dark Web.  Everything has an opposite and equal reaction.  SESTA-FOSTA may end up being the first domino to fall towards a dark seedy future.