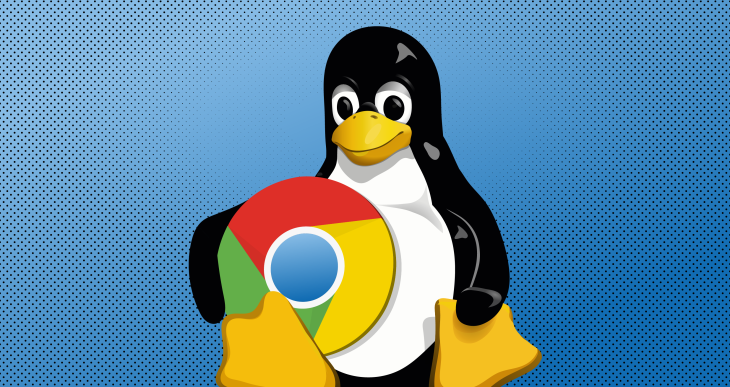 If you’ve used ChromeOS before, you know that it’s built for speed because is basically a big web browser. What you might not know is that it’s fast, uber-secure and malleable due to it being based on top of Linux. This was all hidden away…until now.

ChromeOS has slowly and steadily increased capability over the last year. It’s gained support for better hardware, e.g. Pixelbook and Samsung Chromebook Pro. If you haven’t used the Pixelbook or Pro, you should. It’s the future of ultraportable electronics. ChromeOS has also grown to offer slick features like unlocking with an Android device nearby and complete cloud backup.

Features and hardware aside, the tech industry has long complained that ChromeOS had a lack of PC applications. While true, the Chromebook experience was designed to be an always-connected, web-based interface that allowed for a simple and easy Internet experience. Never-the-less it had a mouse, a keyboard and looked like a laptop; haters gonna hate. 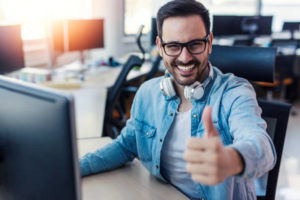 I say ChromeOS had a lack of applications because Google has since added support for Android apps. A modern Chromebook now runs ChromeOS and Android apps allowing for a more rich and immersive experience. Productivity, entertainment, media; if you could do it on a phone, you can now do it on a device with a proper keyboard and trackpad. One would think with the praise Android gets, one would be happy with this offering… 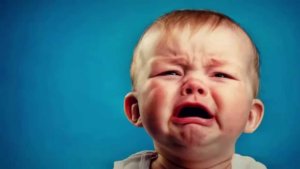 Like a horde of wining children not knowing what they truly want, the tech industry continues to look down its nose at ChromeOS and bash it like a Windows user in an Apple Store. Luckily, good guy Google is about to change all this in a way that could be the biggest shift in PC computing since Windows 95 and MacOS 7. It’s big…

In quiet corners of Google I/O, it was announced that Google would start supporting native Linux apps on ChromeOS without security-defeating workarounds or dev-mode woes. While we’re probably a year away from mass adoption, ChromeOS will allow true Linux application support. Let that sink in…

Linux has long been disregarded as a hobby project that would never grab mainstream market adoption. This is the furthest from the truth today. In early 2018 it was estimated that 38% of operating systems in the wild were Linux or Linux-based. Routers, servers, Chromebooks, Android devices, MacOS, iOS…all Linux brethren. The 38% stat is representative of true, unadulterated, Linux. When you factor in all the customizations and cousins (like Apple and Android), it’s more like 80% of the overall market. 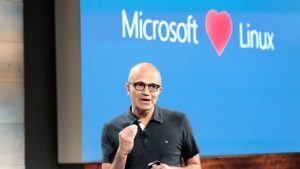 Microsoft has also begun supporting Linux and writing applications solely for the OS. This is a massive shift from the days of Balmer saying “Linux was a cancer”. While stock Linux will never grab mainstream market share in the desktop or mobile space, it will certainly be the sprockets and belts that drive the technology of the early 21st century. Having support from Microsoft, Apple and Google legitimize the tech, allow for more universal development, and loosely tie all tech together in a common systems architecture.

With Linux app support, ChromeOS finally gains honest-to-goodness PC applications. With Microsoft coming onboard, it’s only a matter of time before Office 365 is offered on Linux meaning it will also be available on ChromeOS. That day will be a milestone in productivity computing. Until then, we’ll gain support for thousands of programs and apps that make the user experience more like a traditional PC.

It will also give Google something Microsoft and Apple haven’t been able to realize; an OS that runs both traditional apps and mobile apps under a single interface. ChromeOS will be the world’s first OS to support traditional PC programs as well as the entire Android ecosystem. This gives Chromebooks a competitive edge that demands real investigation. Imagine being able to seamlessly transition workflow from Android to PC to Web-Base. It’s where our world is going.

With Linux being natively supported, this also opens up the world of VDI. Today applets and Android are left holding the responsibility of relaying the experience from a Chromebook to a virtual environment. With things like IGEL endpoint management, VDI becomes more and more a reality for enterprise and retail. ChromeOS is built for these types of deployments, and the dev-mode need is the only thing in the way of allowing Google to own the VDI endpoint vertical. 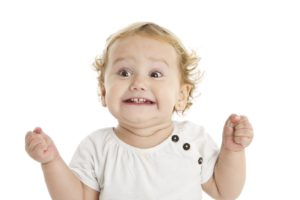 It’s not news that I’m a huge proponent of ChromeOS. It’s a fantastic technology with an even better business model. OEM’s are getting onboard and the platform is more capable than ever. Linux is one of the last “wild west” areas of tech that are begging to be tamed, saddled and ridden. The last successful taming of and OS like this was Unix by Steve Jobs and the people at NeXT. The result of which spawned MacOS, iOS and WatchOS. Microsoft’s Linux love is solely to further their cloud offering. Desktop environments supporting Linux is not the end-goal by Microsoft. Google has the opportunity to tame Linux distros and make Linux programming and applications useable in a simple, supported and elegant solution. The results of this endeavor could irrevocably change desktop computing and PC usage for decades to come.

Windows is waning. It’s bloated, ill-designed and not pleasurable to use. ChromeOS is the antithesis. If it gains legacy PC app support, it could be a serious contender, quickly.

See more of my rants on TechSquid