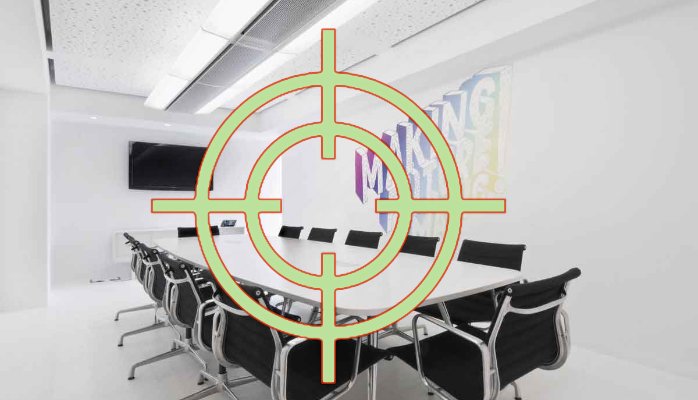 Table boxes…input plates.  Processors, switchers and remote controls; the poor, poor, conference room.  For a technology person, the conference room is either the bane of your existence or a means of keeping you employed.  This area of your enterprise has remained the last “fig leaf” of the 20th century.

Realize it or not, that small credenza filled with blinking lights and spools of cable is completely naked.  It is devoid of sophistication.  Multi-million dollar organizations are founded on the principals of scaring the unknowing executive into chasing technology they don’t want, employing people they hate, so they can own stuff they don’t need. Your conference room is the last penetralia of antiquated electronics.

The things you used to own, now own you.
– Tyler Durden

The unfortunate answer is that your technology professionals are either too scared to adopt new philosophies or make too much profit off your use of over-engineered solutions.  Technology doesn’t have to be complicated.

Every major manufacture has released a product to simplify the conference room.  Today’s corporation is mobile, collaborative and decentralized.  Microsoft has released Surface Hub, Intel has released Unite, even Cisco (the epitome of over-engineering) has the MX series.  The days of AMX and Crestron, along with a parade of unintelligent devices, crammed into a piece of furniture is no longer.  Today, your team can fling documents from screen to screen alongside a video teleconference that is touchable, ink-enabled, and without accoutrement.

It’s only after we’ve lost everything that we’re free to do anything.   -Chuck Palahniuk

There will always be a spot for the complicated.  Sometimes its just not that easy.  That being said; Companies die.  People change.  The sun will rise in the East.  There’s an inalienable truth to the fact that those who rely on yesterdays information will fall victim to tomorrow’s headlines.

More than 90% of corporations today can simplify their collaborative spaces.  Business is not a science project.  Sometimes good enough, is good!  I could strap a WiFi antenna on my back, walk around with wires down my leg and solar panels on my knees…but I’d rather get an iPhone.  I believe in upcoming months the conference room will be the next major technological awakening.  Business owners and C-level executives can no longer sustain what the A/V industry has dealt them for the last 3 decades.  Enterprise can no longer sustain what OEM’s can’t afford…R&D budgets.

Don’t let manufacturers and consultants use your conference room as a testbed. The technology you need is now available.  It’s cheap, it works, and it doesn’t need a rocket scientist to put it together.  VoIP, SaaS and cloud-enabled systems have given way to what corporate A/V customers have longed for…the same technology they use at home, hardened for business.