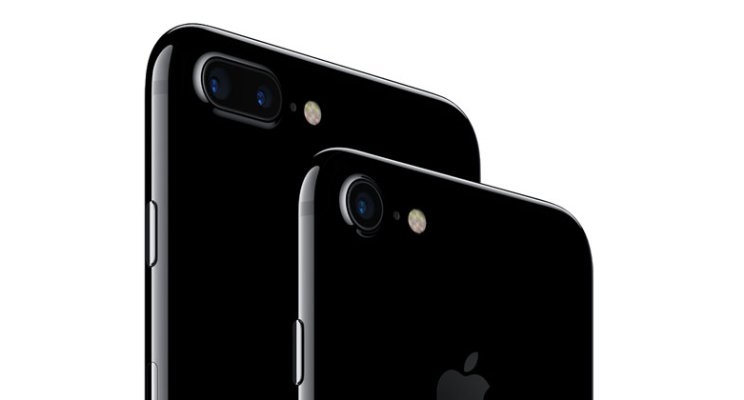 I love technology. It is the one true passion of my life. I work with it. I fight for it. I do what is necessary to seek out and learn everything there is to know about it. While I, like many others, might have preferences; I’ll always admit that for one company to succeed another does not have to lose. It is not Android vs. iOS for me. It is not Windows vs. MacOS. This is not an Apple vs. Samsung post.

Apple recently announced it’s iPhone 7 product lineup. Like previous announcements, it was preceded with rumors and wishlists and proceeded with fanfare and criticism. Like Apple or not, you can’t dispute their ability to innovate. Apple exudes design and fashion. They innovate because they want to. They innovate because they have to. Apple innovates, because they need to. Profit and shareholders aside, the company is founded on the principles of innovation, design, and technology prowess. As a grim reminder of this MO; Apple killed the headphone jack. This little port is just a number on the ever-expanding list of technologies Apple has killed over the last 30 years. Its brethren are the parallel port, RS232 port, and floppy drive. Lest not forget that Apple not only kills off standardized technologies, it also kills it’s own! The 30-pin dock connector, click-wheel, and HDD-based MP3 player are amongst some of the technologies Apple invented, only to kill years later.

I’m not saying Microsoft, Samsung, Google and others don’t innovate. They do an amazing job at innovating in their respective spaces. But to ignore Apple’s, single-handed, ability to own the consumer electronics sector for mobile computing would be blasphemous. Apple is the gold standard in high-priced, high-design, futuristic mobile technology. It is what every other product is compared with, whether it wants to be or not. For Apple to maintain this stronghold, it has to do two things:

By killing off technologies like the 3.5mm port, Apple is innovating beyond what the standards are. This creates fear. Where will I go? What will I do? How will I accomplish “X”? This fear generates heated debate whether Apple is right, evil, awesome or gnarly. And while this conversation tends to be productive, mostly it is an exercise in debating who is better at doing the “now”. We can chew the fat on how much better my great-grandmother’s meatball recipe is, but it doesn’t change the fact that meatballs are awesome! Today Microsoft, Samsung, Google or others might be just fine. The problem is, today is dead. Technology folks need to be living in the tomorrow. Your mother and uncle are just fine with products for today. Mommy and uncle Pat should be worried about what to do with their current headphones. And specialists are a sub-market onto their own. Don’t get me started on the technologies professional audio producers use. We’re talking technologies from the 60’s here! Samsung, HTC and Nokia should be focused on mothers and fathers of America. That is their bread-and-butter market. Technologist need to focus on the horizon.

In 1998 you could search the internet with Lycos, Yahoo, Excite, Infoseek, Hotbot, and AOL. They were all doing the same thing. They were aggressively furthering the technologies of “today”. It was a small company in Menlo Park, CA that innovated beyond that and offered up a clean, accurate, means of searching the Internet. Along with it, it killed advertising and all content curation. Google now owns the pay-per-click advertising model and more than 63% of all Internet search across every…single…category.

In 1980 Xerox, IBM, Tandy and Commodore owned the software industry. It was a small company out of Albuquerque, NM that innovated beyond traditional business models and introduced software licensing which changed business and technology forever. Microsoft owns 90% of the OS market share in both residential and enterprise markets.

Creating Standards vs. Living With Them

Jaguar, Maserati and Aston Martin were the first to make use of a new technology called fuel injection in the late 1970’s. Today, this is the standard used by every major vehicle manufacturer in the world.

NASA was the first organization to use temper foam, portable cordless vacuums and water purification…all commonplace in a 2016 home or apartment.

Time after time organizations who innovate first are alienating. You wouldn’t hop into a Maserati and tell them how the car should work. They tell you how it works, and limit your capabilities afterwards. When was the last time you saw an after-market spoiler on an Aston Martin?!

Samsung, Microsoft, Motorola and HTC make a hell of a good phone. And Google makes a damn-fine mobile OS. A good technologist should be able to tell you all the positives associated with Android and Samsung. That being said, everything they release is built on the founding principles laid out by Apple and others first. Your Ford Taurus has a plethora of features beyond those of a race car. The choice is really would you rather go 250MPH today, or go 80MPH with a heated glove box?