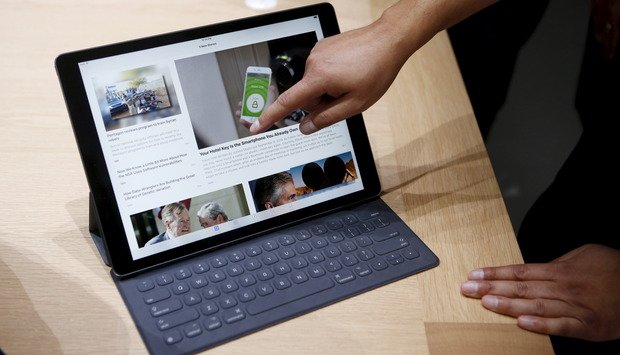 iPad Pro, Pixel C, Samsung Tab Pro, or the Surface Pro 4; all tablet’s that are gunning the future of mobile computing.  There’s no question that the general population wants to kill their laptops and be productive and ultra portable, simultaneously.  The other desire is to have a device that can be useful on sales meeting Wednesdays and couch lounging Sundays.  So why hasn’t this caught on?!

Believe it or not, it’s extremely difficult to meld portable computing, business software, productivity platforms and consumer electronics into a single experience.  Over the years companies have attempted.  HTC introduced “Sense” in 2009 that would allow your phone to change its configuration and widgets based on time-of-day.  Microsoft introduced Windows RT and 8.1 in 2012 which gave Windows the ability to be used with just touchscreen input.  Most recently, Windows 10 was released with a “tablet mode” which would simplify the interface for touchscreen usage vs. pointer and mouse.  Apple has even attempted with iPad Pro and Apple Pencil.

Not all these products suffer from the same issue, but they all suffer from some of the major issues that seem to prevent mass adoption.  How can we fix this?

Apple, Google and all other hardware OEM’s have forgotten what its like to work portable.  Microsoft is the only company who has released something entirely correct.  People need the flexibility of a slate…something completely devoid of keyboards, mice, and cabling.  But, they also need the rigidity and stability of a keyboard and hinge.

In my opinion, the Microsoft Surfacebook is the future of all computing.  It allows you to sit on a couch, bus or beach and feel absolutely comfortable consumingcontent…or…creating content.  The transition is seamless and completely fluid.  Ask anyone with a kickstand device how easy it is to type on a couch, without a table.  Then ask the same people how enjoyable it is to surf YouTube from their work laptops.  What you’ll find is that a Macbook form factor is superlative in its ability to create a productivity workspace, while the iPad is synonymous with casual usage.  No amount of origami in a cover will compensate for hinge and counterweight.

The mouse and pointer

In 1984 Apple released a product that was entirely based on the Point-and-Click UX.  It was completely deprived of command lines or programming interfaces.  While it was stolen from Xerox PARC, this idea revolutionized the technology industry.  For 32 years generations of people have learned to use technology with a mouse, keyboard and monitor.  Applications, OS’s, and workflows have all been conceived under the pretenses of the mouse and keyboard.  Just like the steering wheel and automobile, the mouse and computer are linked for life.

I’m not against the touchscreen interface.  I believe finger input and stylus input have an extremely valuable place in the market.  Think about how pen and paper is being replaced by stylus and touchscreen!  All things considered, there will never be a point in time that all workflows are solved by point-and-touch.  Productivity platforms like Office, Final Cut, database management and programming software require the fine tuning of keys and the cursor.

I envision a time when Microsoft’s “tablet mode” becomes mature enough to morph a UI from a touch experience to a pointer experience allowing users to switch between touchscreen and mouse with the same fluidity they go from slate to notebook.  Microsoft has done an absolutely amazing job at bringing Office applications to the iPad.  That said, they are only great for review and data input; they still require a PC for finishing and submission.

Bring the mouse to iPad, and it becomes a completely different device.

Again, Xerox was ahead of its time when it invented the folder UI.  Couple this with Apple’s Hierarchal File System and you’ve got what matured into exabytes of content and files.  The idea of drives, folder and files is as intuitive as buttons for rolling down windows.  Telling your car to “roll down the driver’s window an inch” is cool and easy…but it isn’t as easy as quietly and quickly pressing a button.  Some things just can’t be improved on.

I fully believe our local storage will eventually become cloud storage and the idea of “information everywhere” is going to happen. Microsoft and Google have done an incredible job with Onedrive and Drive.  I myself use Onedrive for Business and have access to all my files on any device I’m on.  That said, it isn’t as fluid as looking at it on my local computer.  This is amplified on iOS and Android.  The file managers on these devices are deplorable.  They make professional and personal workflow nearly impossible for any major task.  Outside of consuming news and information, they fall very short of the PC.

The UX of Flipboard on an iPad is unparalleled.  It is as natural as breathing.  For me to relinquish my Mac, I would need the same feeling about creating a slide deck on an iPad.  I need the ability to drag files, archive folders and store information in a way that is easy to retrieve.  The fundamentals are there, they just need execution.

The PC is now a middle aged professional.  It’s proven itself worthy and has acquired some experience over the years.  It knows its users want things like fonts.  It knows its users need multi-tenancy.  The PC is familiar with the ways of integrating with external devices.  This is another area where Microsoft blows away the competition.  Microsoft knows that Windows has all these things.  It also knows Windows has acquired some REALLY bad habits.  Internet Explorer…ehem…

This is why Microsoft Surface and Surfacebook run Windows.  Microsoft has stolen all the good things from younger technology and baked it right in.  Windows has picked up Cortana.  It has upgraded the Start Menu with tiles.  It has things like Tablet Mode and Fullscreen apps.  It even has an App Store.  Point is…it melded mobile with its mature OS.  You can tear Microsoft apart, but you can’t argue away the fact that iOS isn’t OSX.  Android is not Windows.  ChromeOS isn’t Ubuntu.

For my tablet to replace my laptop it has to have an OS with 30+ years experience.  I need fonts in my productivity suite.  I need folders in my pictures app.  I needmultitasking to be more than 2 windows!  Telling the market that iOS or Android is the future of computing because it can deliver videos, email and news is like looking at a 10 year old and telling a company she can be the CEO because she has arms, legs and a brain.  There’s a bit more to it than YouTube and Exchange.

The first company to meld their mature product with their mobile product and have it been seamless will win.  I hate to say it, but Google has a long road ahead of it.  Android and ChromeOS have no mature brethren.