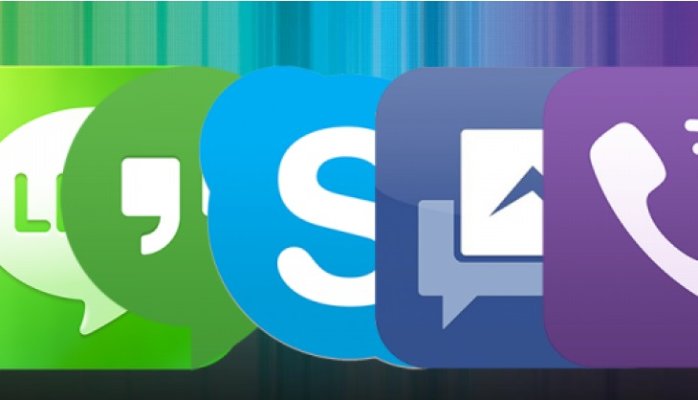 Who, in their right mind, could deny the 20th century was entirely about messaging.   Postal services, telegrams, email and instant messaging; these means of communication set the world ablaze.  At the beginning of the 21st century the world was infatuated with messaging which spawned hero’s of years past…IRC, AIM and BBM to name a few. Then came SMS.

16 years after the birth chat rooms and IM’s the world of mobile messaging platforms has become overbearing.  Today, there are a plethora of options to communicate both from your desktop and mobile devices.  Hangouts, Skype, Facebook Messenger, Snapchat, Kik, WhatsApp, WeChat and iMessage are just the top contenders in a sea of endless means of quick communications.  In recent years these simplistic apps allow for much more than just quick modes of communication.  These platforms have matured into full engagement networks.  They offer mobile payment, expression, communication and connectivity.  Everything from presence to video updates; it’s all available at the touch of a button.

Earlier this week Apple announced it’s newest features within its iOS Message app.  This follows on the coat tails of Google’s announcement just weeks earlier about a new suite of tools called Allo and Duo.  With Facebook and Microsoft making moves earlier in the year, each company has transformed its simple SMS communicator into a fully enriched platform for engagement and entertainment.  We have official entered a war against mobile messaging platforms.

One of the earliest signs of serious competition was each tech player took a stake in mobile messaging.  Microsoft has Skype.  Facebook has Messenger.  Google has 3 apps.  Apple has iMessage.  Each of these platforms has slowly moved into mature technologies involving extensions, API’s, SDK’s and deeply rich media.  Apple has been the sneakiest, embedding its platform into the only means of receiving SMS on an iPhone, while others have built legions of users piggy backing on social media, mobile OS or video telephony.  However you’ve gotten there, the reality is this: Someone will win the lion’s share of mobile messaging.

As our thirst for accessing one another becomes enriched by features such as mobile payment, media sharing and paid customization, an industry leader will gain traction in selling you on a larger product.  It’s inconceivable that people forgot what Blackberry did with BBM years earlier.  You couldn’t communicate with your friends without a Blackberry…right?!  Well Google wants you in their network of services, and Facebook wants to own your personal life.  Apple wants you to buy an iPhone and Microsoft wants to control work communications.  Each of these enterprises are scrambling to attract clientele to ensure the future of their expanding list of products.  Whoever owns communications…owns you.

Luckily the general public has demanded better than years before.  Things like end-to-end encryption and differential privacy have become the defacto in major offerings.  While no one knows which platforms are going to rise to the top, we need to ensure that whomever does protects our privacy and communications.  More extensions and feature-sets mean more people with access to our conversations.  The idea that someone else is living in our keyboard and message feed should be a scary thought!  While this war is far from over, we need to ensure the ones standing at the end have created something for everyone…and not everything for someone else.